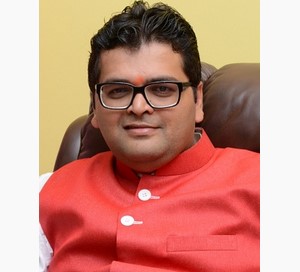 Apart from being a founding member of company he is also presently the CEO and Managing Director of company. He is son of Shri Lalji Rai, who as a father had always given him right values and direction for life. His father is his most valued Inspiration in life.

He completed Graduation and Masters from Penn Engg. College and Sardar Patel Engg. College Mumbai, respectively Both in Civil Engineering. Then he obtained PhD from IIT Powai, Mumbai. Since then he has been involved in civil industry especially in Repairs and retrofitting of structures. He used his PhD thesis on “Instantaneous and Long-Term Performance of Externally Pre-stressed Beam and Joints” & introduced laminate Pre-Stressing in the Indian market which is today widely used.

Some highlights of his professional experience.

DGC Infrastructure Pvt Ltd is leading Specialised Engineering and Construction Company. We are a rapidly growing solution provider for Improvement/protection/repair of concrete/structures in India.

© 2018 Dhirendra Group Of Company. All rights reserved. | Developed by Daksh IT Solutions
Scroll